Are you interested in bearded dragon morphs and fancies?

Are you wondering about dunner bearded dragons?

What is a dunner bearded dragon?

A dunner bearded dragon is a morph or fancy with a distinctly different color pattern, scale design, and foot shape. These types are fairly rare but give the bearded dragon a unique appearance.

What Is A Bearded Dragon Morph?

These are variations of the traditional look, size, and coloration of bearded dragons.

Most bearded dragons have a similar coloration (usually yellow or brown).

These colors also appear in strips going in an organized fashion down the bearded dragon’s body.

The scales of the bearded dragon’s belly naturally point down towards its tail in a symmetrical pattern.

The nails have a dark color, and their scales are bumpy in regular bearded dragons.

Morphs are the catch-all term for any genetic variation on these points.

Some morphs are different only by color, while others are translucent or melanistic.

Still, some bearded dragons are bred to have completely smooth skin.

Others may be bred to be larger than the average size.

It starts with a mutation in the DNA of the bearded dragon, which results in a different look.

Then, breeders mate two bearded dragons with the same or similar mutations.

This results in more and more exciting morphs.

The significant differences show up in their scales, coloration, and feet.

In regular bearded dragons, the scale shape of the individual scales is a teardrop shape.

With dunners, the scales are shaped more conical.

This results in a more rugged and rough look than the smooth-looking scale of your typical beardy.

The scales “point” down the belly towards the tail of a regular bearded dragon.

With dunners, the scale point to the left and right towards the sides of the beardy.

Continuing this trend of different scales, dunner bearded dragon scales are disorganized in their placement.

This makes some parts of the bearded dragon’s belly appear raised above others.

Some describe the scale patterns as “mountainous” and enjoy their unique look.

With regular bearded dragons, their scales are consistent throughout their bodies.

This gives them a more flat look overall.

Because of the above reasons, dunner bearded dragons have a rougher and bumpier feel.

Their scale shape makes them stick out more.

The direction the scales point even add to this feeling.

Even though standard bearded dragons still have scales, they still feel relatively smooth even when you run your hand over them.

They feel it makes their bearded dragon look even more like a dinosaur.

The feet of the dunner bearded dragon are typically longer than those of the standard beardy.

This is true of their nails as well.

On most bearded dragons, their tails have even bands of slightly different colors running down them.

These bands are thin, even, and continue around the width of the tail.

With dunner bearded dragons, their tails have speckled and spotted patterns on their tails.

There are many large spots in some cases, but it’s sometimes a few faded and small spots.

Either way, the difference is striking in comparison.

Overall, the way colors appear on the two is quite different.

With the regular bearded dragon, their back has fairly symmetrical stripes of a different color running evenly down the length.

As with dunner tails, the back’s color pattern is much different from this type of morph.

They have spots instead of the genetic stripe, and the spots are not scattered evenly down the back.

Neither are the spots the same size as each other.

This gives the dunner beardy an interesting speckled appearance.

When bearded dragons get stressed (especially when they’re younger), stress marks can appear on their bellies.

This usually shows up as darker ovals down their belly for a normal bearded dragon.

With dunner bearded dragons, the stress marks as distinct and perfect circles.

How Do I Know If My Bearded Dragon Is Morphing?

They can change colors slightly to regulate temperature and communicate socially.

Morphs are unique breeds of bearded dragons and are born different.

Check out this article on why beardies turn black for more information.

Some other types of bearded dragon morphs include:

However, both are morphs where the major visible differences are in the way colors appear on the scales and skin of the bearded dragon.

They are both rare and sought after by bearded dragon enthusiasts because of their unique looks.

While people like dunner’s because of their primitive and rugged look, many call the paradox the most beautiful of the beardy morphs. 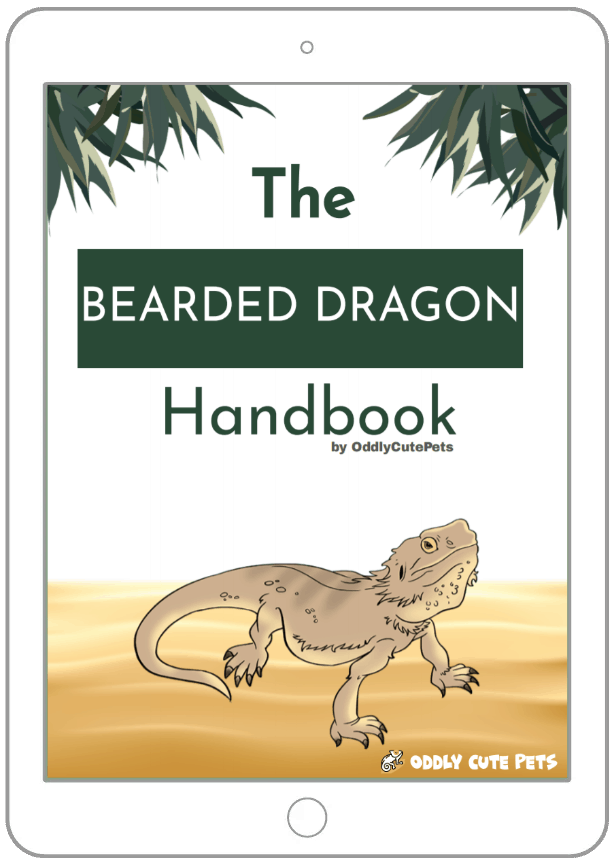 We hope you enjoyed learning about what a dunner bearded dragon is.

It’s a morph or fancy version of the pet reptile, which has a different color pattern, different scales, and larger feet.

These are rare and cost more, but with some research, you’ll find some for sale.

Though they may cost more, go for it if you love their oddly cute looks!